Tipped wage eliminated? These employers say they have to pay above minimum wage anyway

Tipped wage eliminated? These employers say they have to pay above minimum wage anyway 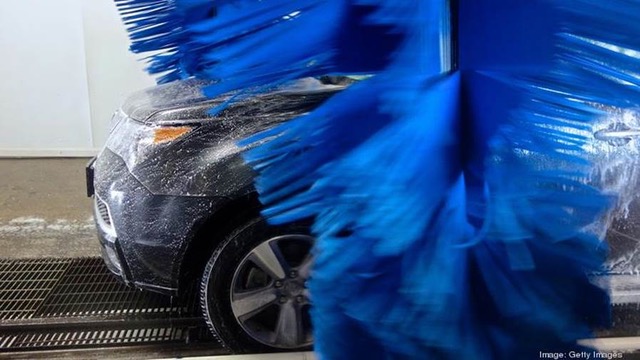 Stephen Weekes runs a chain of car washes in the Albany area, but he won’t be affected by the governor’s decision to eliminate a lower minimum wage for his industry.
Weekes already has to pay above the minimum wage as is to attract employees.
“We never have, and we do not use the tipped wage. With the economy being so good and the competitiveness for employees, I don’t think we could’ve used the tipped wage if we wanted to,” said Weekes, who runs Spritz Car Wash.
Employers in certain miscellaneous industries will soon be obligated to pay the full minimum wage upfront to their workers after Gov. Andrew Cuomo last week decided to eliminate a subminimum wage that could be paid to certain workers who earn tips, as long as tips made up the difference.
Those industries include car wash attendants, nail salon workers, tow truck drivers, dog groomers, wedding planners, tour guides, valet parking attendants, hairdressers, aestheticians, golf and tennis instructors, and door-persons, according to a Department of Labor spokeswoman. About 70,000 employees statewide will be affected by the change.
Amid a tight labor market, though, some employers in the Albany region — like Weekes — were already paying more than they were required to.
Tom Hoffman Jr., who runs the Hoffman Car Wash chain based in the Albany region, also said he won’t be directly impacted by the state’s decision. He already pays above the minimum wage, too.
“We’ve never been able to attract enough people at even a minimum wage rate,” Hoffman said.
Labor costs are increasing at his business, in part because the minimum wage upstate has been rising each year on the way to a statewide $15 an hour.

“The annual minimum wage increases have pushed up really a lot of people in our company, so our labor expenses have been really outpacing the increases in our sales and profits,” Hoffman said. “And I’m not sure I can even blame it on the minimum wage increase every year. I think it’s the hot economy in the area.”
Hoffman Car Wash has 22 locations, 800 employees and about $55 million in revenue.
Weekes — the owner of Spritz Car Wash — pays above $12 an hour to his staff of about 12 front-line car wash attendants. That’s more than the upstate minimum wage of $11.80, but still below the minimum for fast-food workers, which is $13.75 an hour.
Spritz Car Wash has locations in busy commercial areas of Clifton Park, Glenville, Scotia, Halfmoon and Niskayuna.
“Because of the acceleration of the minimum wage as required by the governor and DOL, and obviously there’s so much fast food around us and the economy is good and hence a shortage of helpers, you have to be above minimum wage anyways,” Weekes said. “In fact, we’re getting ready here shortly probably to do another raise across the staff.”
The trend is regionwide — the average weekly wage for employees of all types of private-sector companies in the Albany metro area has been rising. That’s true in industries that could have previously used the tipped wage, too, including at car washes.
Beyond car washes, many of the salons and spas in this region also won’t be greatly impacted by Cuomo’s decision to eliminate the tipped wage for their industry, said Todd Garofano, executive director of Salon & Spa Professionals of New York State, an industry association.
“Even though the governor’s legislation included our industry, the tipped wage issue is not really prevalent for us,” Garofano said in an email.
He said where it does exist — and still not on a large scale — is primarily downstate and in nail salons. The most common wage structure in his industry is an hourly wage plus commission, or a straight commission with the stylist, esthetician or nail tech also keeping their tips.
“I don’t see this change affecting salon [and] spa owners adversely,” Garofano said.